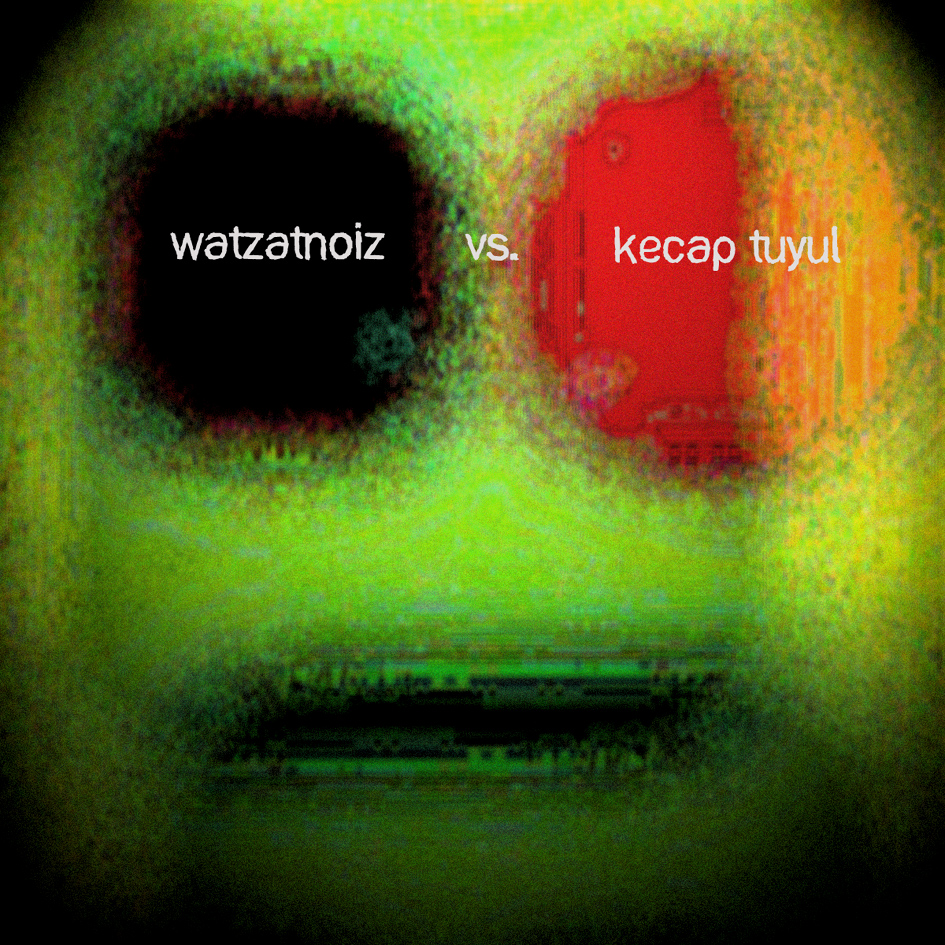 It's been a long time since I asked Watzatnoiz & Kecap Tuyul to record albums for Eg0cide. Last summer they both send me a chaotic batch of raw live tracks (bursts of sapsmodic noise & gritty spacey ambient from Watzatnoiz on VST synth (the Synth1 created by Ichiro Toda), minimalist psychedelic improvisations and lo-fi underwater drones by Kecap Tuyul on prepared guitar (with sometimes ebow and looper)) , and although I enjoyed their sounds a lot, it was difficult for me to consider these submissions as finished albums. So these albums projects were somehow forgotten...
But a few weeks ago, after listening again to these tracks from both guys in a row, I found that a split album could be a cool idea. Or even a mix of these tracks...That's what finally happened : after many attemps of building a playlist, "Ignid Kod N" is served as a single track, since I wanted to avoid silences between tracks that have been crossfaded to create a weird odissey into the hasrh side of anarcho-ambient, full of spacey free-noise, dirty drones, naive psychedelia and dark buzzes - take it or leave it!
Release page on eg0cide.com

Kecap Tuyul is 1 half of the band Pura Sombar, whose 3rd CD-R album should be issued on Eg0cide later this year